Removing rust with a laser

One of the most important applications of laser cleaning is the removal of rust. Rust is a thin layer of oxidized material that can arise on the outside of a metal surface. The traditional techniques to remove rust are sanding, chemical treatment, sandblasting, dry ice blasting, etc. These techniques are either very time consuming or have a big impact on the environment.

With the removal of rust with laser cleaning, no great forces are developed that chase the loosened dirt into the environment, but it’s also possible to clean large surfaces in a short period of time. For instance, you can fully strip a car down to the bare metal in only an hour. To remove rust with laser beams, a laser gun is aimed at the rust layer and slowly passes over the entire surface. The beam moves quickly back and forth and covers a width of 5 to 15 cm. Because of the short but highly focused laser pulses, the temperature of the rust layer quickly becomes very high. This quick and intense heating has two effects: 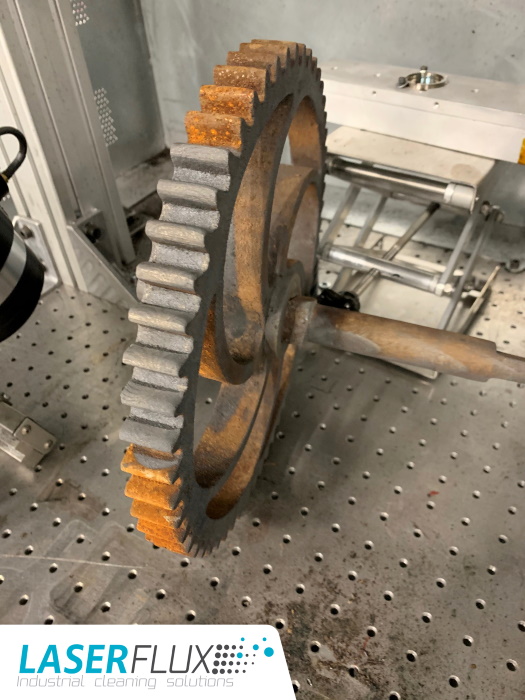 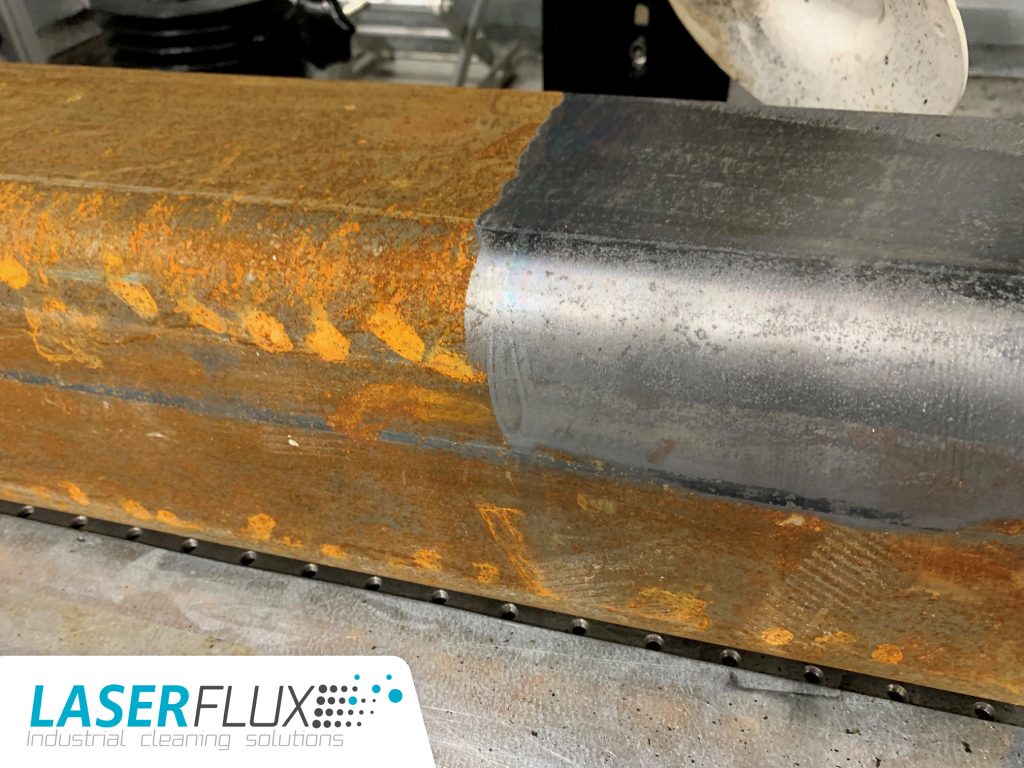 Evaporation of the pollution

The rust layer gets heated very strongly in a very short period of time, causing it to evaporate. The main part of the rust layer will disappear like that. The thinner the rust layer, the bigger the proportion that will be removed like that. When this evaporation happens, gases arise that are extracted by the laser gun. These gases are sent through various filters. On the outlet side of the extraction installation, clean air will leave the installation, making it possible to work inside buildings as well as in small areas.

Loosening of the pollution

The quick heating of the rust layer has also a second interesting effect. A small thermal shock wave is created. This is actually just a strong vibration as a result of the local heat and the temperature difference with the direct environment. This vibration can be compared to a mini crowbar and breaks off all the larger pieces of rust from the bottom layer. A very thin layer arises between the metal surface and the rust layer that quickly expands and pushes the rust layer away.

With a very thin rust layer, the rust will already have evaporated before this effect can even take place, but with thicker layers of pollution and thick chunks of rust, this effect will be present.
Don’t worry about these particles flying around like it happens when deburring. Typically, the particles will jump 10-20 cm and will then fall down. That’s also the reason why the removal of rust with a laser is very suitable for locations where particles can’t fly around and pollute the environment. This does happen with sanding or dry ice blasting. 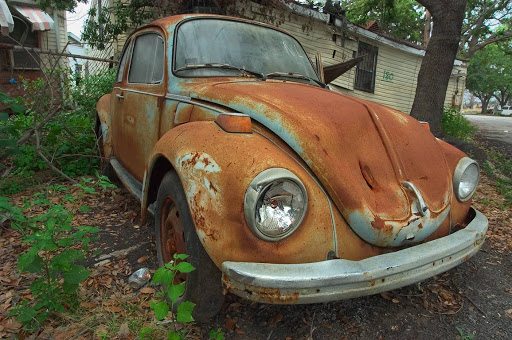 Overheating of the underlying metal

Because of the explanation above, you may have the feeling that the great heat will heat up the underlying metal very strongly as well and may even deform it or give other surface properties? Nothing is less true.

You usually can already put your hand on the cleaned surface, right after a laser cleaning. We measure temperature increases of 40°C – 60°C so you don’t have to worry about that. The underlying explanation is the following: The laser beam gets absorbed by the rust layer, but reflects on the underlying metal layer. Because of the reflection, the beam ends up in the rust layer again, but not in the underlying metal later. This also explains why laser cleaning works so well with underlying layers that are able to reflect light to a certain extent. Removing pollution from a matte black surface won’t be an easy task to perform with a laser.